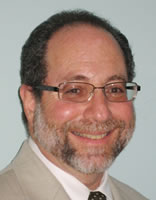 On Monday September 8, 2015, Allen Weg, Ed.D. presented at the quarterly meeting of OCD New Jersey (OCDNJ). Dr. Weg is a New Jersey Licensed Psychologist. He is Founder and Executive Director of Stress and Anxiety Services of New Jersey, an independent clinic in East Brunswick, specializing in individual as well as group cognitive behavioral treatment of anxiety disorders. Dr. Weg is also Co-Founder and presently President on the Board of Directors of OCDNJ. He has been certified by the Trichotillomania Learning Center Training Institute as well as the Behavior Therapy Training Institute of the International OCD Foundation or BTTI, of which he is now a faculty member. He is also a member of the Scientific Advisory Board of the International OCD Foundation. Dr. Weg has contributed book chapters in various clinical texts, and his own book entitled “OCD Treatment Through Storytelling: A Strategy for Successful Therapy”, has been published by Oxford University Press.

Dr. Weg’s presentation focused on a specific OCD subgroup: the fear of loss of impulse control. He defined characteristics for this OCD subgroup and shared many case presentations. Dr. Weg explained that an intrusive, distressing idea enters a person’s head and he/ she thinks, “I could do this”. A person without OCD then thinks, “I won’t.” A person with OCD has doubt so the fear of loss of impulse control escalates, and the OCD cycle of obsessions and rituals gets reinforced.

The following are some of the case presentations: 1) “Kelly”, a 25 year old first time mom, who is terrified that she might accidentally drop her newborn baby. 2) “Adam”, a 11 year old who is afraid that he will blurt out a curse word in church during the preacher’s sermon. 3) “Roger”, a 52 year old widowed dentist who lives with his college age daughter. He is terrified that he might poison her by accidentally adding household cleaning chemicals to her food when he is cooking for her.

The defining characteristics for fear of loss of impulse control include obsessions, the experience or emotional reaction to the obsessions, and compulsions. The obsessions involve fear of acting on an impulse: 1) to harm oneself, 2) to harm other, 3) to act out in an embarrassing or shameful way (Adam), 4) to do something illegal, or 5) by not being careful enough resulting in harm to others (Kelly and Roger). The experience or emotional reaction to the obsessions can include intense anxiety, shame, guilt, self disgust, confusion, secrecy, and isolation.

In the non OCD world, typically the more a person thinks about something, the more they are likely to do it. In OCD fear of loss of impulse control, these rules do not apply because thinking about something does NOT increase the likelihood to follow through. In this subgroup of OCD, the focus is on the specific fear that I will act out on my Exposure and response prevention treatment (ERP) includes exposure of your body to the environment, exposure of your mind to your thoughts, and elimination of accommodations of others. ERP: 1) creates a hierarchy, 2) schedules practice, 3) records practice levels and subjective units of discomfort (SUDs), 4) cuts back on accommodations, and 5) makes adjustments as needed.

For example, Adam would practice repeatedly writing and reading the curse word to himself, then whispering and then shouting the word at home. He would practice saying the word silently in his mind until he makes it back to church. Kelly would practice holding her baby for longer and longer periods of time with someone present then alone.

She would write stories about how she drops the baby, and exposes herself to increasingly greater environmental situations (e.g., holding the baby over the bed to the floor). Roger would write stories of how he inadvertently puts toxic items in his daughter’s food. He would be left alone to cook for longer periods of time, and household chemicals would be present in the kitchen while he’s prepping the food.

DVDs of this presentation are available for purchase by emailing ocdnjmail@gmail.com. All DVD titles from previous meetings are available on our website, www.ocdnj.org.